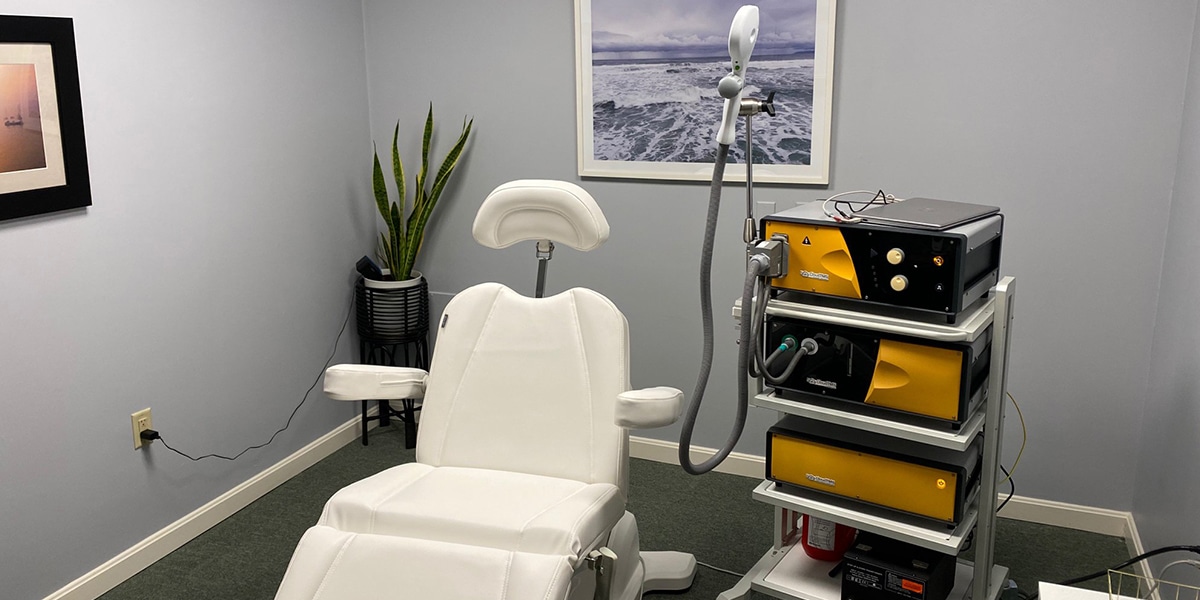 Transcranial magnetic stimulation (otherwise known as TMS) is a noninvasive office-based procedure that uses magnetic pulses to induce an electrical charge, in effect stimulating certain parts of the brain. Many people are aware of the dramatic (and inaccurate depiction) of electro-convulsive therapy in the movie ONE FLEW OVER THE CUCKOO’S NEST. We have known since the late 1930’s that stimulating certain areas of the brain with electricity can treat mental illness. Though ECT is extremely safe and effective, it is also quite cumbersome to have done, with patients having to go under general anesthesia 6-12 times over a period of 2-8 weeks.  The first use of a magnet to stimulate the brain was in 1985, and TMS came to widespread use in 2008. As of now, it is FDA approved for treatment-refractory major depressive disorder, though it has been shown to be helpful in obsessive compulsive disorder as well as other conditions.  This treatment is reserved for patients who have failed psychotherapy and at least four adequate trials of antidepressants.

The process is simple:

Common side effects are primarily limited to site tenderness and dizziness: Fainting and seizures are rare.

What does TMS therapy do?

Transcranial magnetic stimulation, or TMS, is a noninvasive procedure that improves symptoms of OCD and depression by using magnetic fields to stimulate nerve cells in the brain. TMS is often used when other treatment options haven’t produced results.

How successful is TMS?

Research shows that 50 to 60% of people with depression that hasn’t responded to previous treatment see a clinically meaningful benefit from TMS. Approximately one-third of patients who have success with TMS experience a full remission of their symptoms.

TMS treatments are often described as feeling like tapping on the scalp, even though there is no physical touching of the scalp involved. This tapping sensation is caused by the magnetic pulses.

Most major commercial insurance companies, including Cigna, United Healthcare, Aetna, and BCBS, will cover TMS treatment. We can help you understand your benefits and any out-of-pocket costs.

TMS is most commonly used in conjunction with psychiatric medications, but it can also replace medications that either have not been effective or are not tolerated by a patient.

Is TMS as effective as ECT?

TMS is an effective treatment for depression, but it is not as effective as ECT and it requires more sessions. On the other hand, TMS is more affordable and has fewer side effects than ECT. ECT requires general anesthesia, but TMS does not; you can even drive to and from the sessions yourself.

Back to Services
HOME