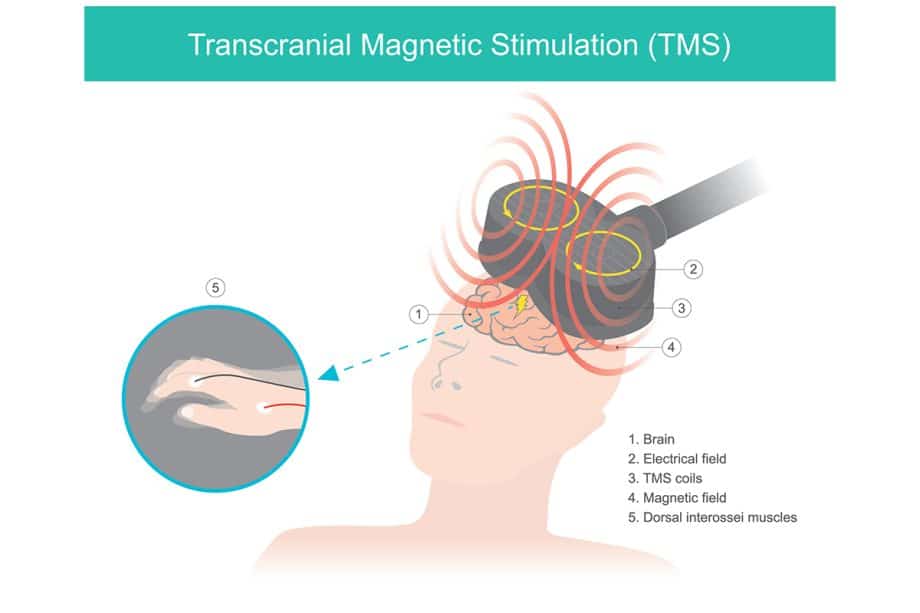 Transcranial Magnetic Stimulation (TMS) is one of the newest and most promising approaches to the treatment of depression, which affects approximately 17 million Americans each year. TMS can be effective in the treatment of major depressive disorder when other forms of treatment haven’t shown results. Here’s what you need to know about this cutting-edge treatment for depression and how much transcranial magnetic stimulation therapy costs.

Depression is a mood disorder that causes a persistent feeling of sadness and loss of interest. It can interfere with your ability to work, study, eat, sleep, and enjoy activities you once enjoyed. Depression affects how you think, feel, and behave. It can even lead to physical problems. In the United States, depression impacts about 6.7% of the U.S. adult population. While some people have only one episode and never have another, many people have recurring episodes that don’t go away without treatment. The good news is that there are effective treatments for depression, including talk therapy (psychotherapy), medication, and transcranial magnetic stimulation therapy.

What is Transcranial Magnetic Stimulation?

Transcranial magnetic stimulation is a noninvasive procedure that uses magnetic fields to stimulate nerve cells in the brain to improve symptoms of depression. TMS is typically used when other treatments, such as medication and psychotherapy, have not been effective. It has also been found to potentially be an effective treatment for some forms of anxiety. The treatment is characterized by administering repetitive magnetic pulses, so is either referred to as TMS or rTMS. It involves having high-energy magnets placed against your scalp over your skull bone at various points on your head for thirty minutes per day for five days per week for four weeks.

How Much Does TMS Cost?

The cost of TMS treatment will vary depending on location and insurance coverage. TMS is usually covered by most insurance plans, but out-of-pocket costs can range from $100 to $300 per session. Most people need about 6 to 12 sessions for the best results, so the entire course of treatment usually costs between $6,000 and $12,000.

How Does TMS Work?

Transcranial magnetic stimulation is typically used to treat depression and is thought to work by changing the way the brain functions. A small coil generates an electromagnetic field, which stimulates nerve cells in targeted areas of the brain. Transcranial magnetic stimulation has been studied for over 30 years and has been shown to be safe for most people. According to Harvard Medical School, between 50 and 60 percent of patients who received high-frequency TMS showed meaningful improvement in their depressive symptoms.

Potential Side Effects of TMS

While the potential side effects of TMS are relatively mild, they can include headaches, lightheadedness, and tingling or spasms in the face. More serious side effects are rare but may include seizures or mania. It’s important to discuss any potential risks with your doctor before beginning treatment.

If you are considering TMS treatment for depression, South County Psychiatry can help. Contact us at one of our three locations to set up an appointment. For the Connecticut office, call 959-666-3777; for the Rhode Island office, call 401-268-5333; and for the Massachusetts office, call 617-671-0728.